Traditional datacenter networks historically were based upon a 3 tier architecture - the core, the aggregation and access layer. As shown below: 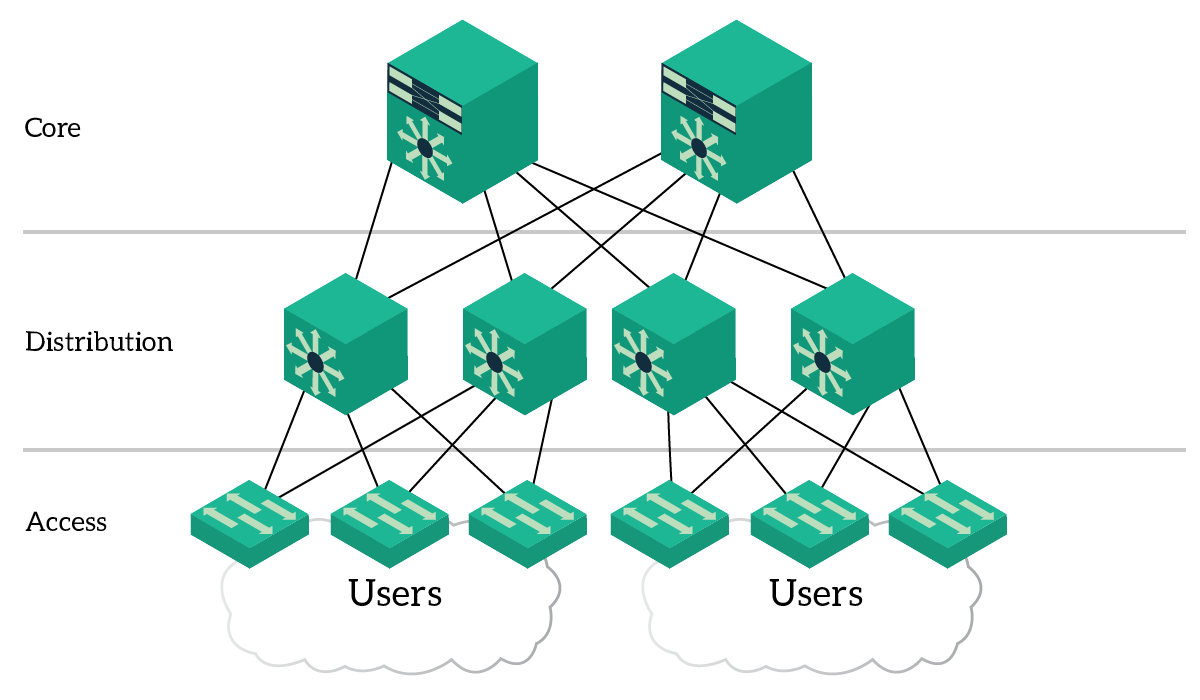 The key problem with the traditional 3-Tier architecture is that each layer provides a different level of oversubscription i.e 2 users sending traffic over the same distribution switch, to users having to transverse the core will also experience different levels of oversubscription, aka bandwidth. To combat this the 3-Tier design needed to be moved to a 2-Tier model, something that wasn't previously possible due switch limitations due to port density and throughput limits. Which, with today's modern datacenter switches, no longer presents an issue.

In 1952, Charles Clos formalized the concept of a type of multistage circuit switching network, known as Clos. At the time voice exchanges were hugely expensive. Charles Clos realized that voice exchanges could be build based upon combining multiple small crossbars in sequence.[3] As shown below. 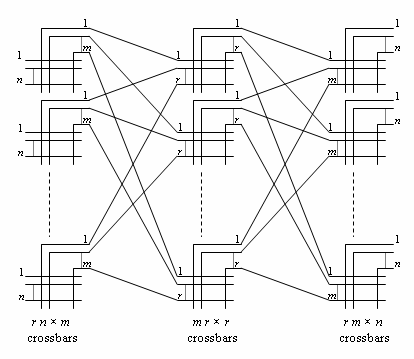 The Clos architecture is not only useful within the voice exchanges of the past. Clos can be used for data networking too, in fact, Clos architectures have been used internally within fabric switches for a number of years.

Let's dive into some more detail. So based on the Clos diagram above, and based on only 2 levels of crossbars, we can produce a 3 stage Clos. By 3 stage I mean that the leaf's are stage 1 and 3 and the spine is stage 2.

Furthermore, each leaf is connected to each spine, with there being no connectivity between spines.
ECMP is then used to equally distribute the traffic across the spine and leaf fabric.

With regards to oversubscription:

For example:
Let us take a very simple example. 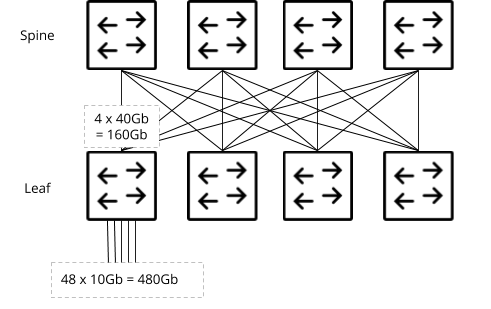 And therefore by using the multistage concept of Clos, with todays network switches, we can build spine and leaf fabrics that overcome the challenges, seen with historic network architectures.