PIM (Protocol Independent Multicast) is a multicast routing protocol, that is used to send traffic from a single source to multiple destinations across a network.

PIM is a collection of three protocols - PIM Sparse Mode, PIM Dense Mode and PIM Bi-directional .  PIM is termed protocol-independent because PIM does not include its own topology discovery mechanism, but instead uses routing information supplied by other routing protocols .  [1]

In order for multicast traffic to be sent through a network, there are two key elements - state and the multicast distribution tree.

State is the information network devices must track in order for the router to know where it should send the traffic. State includes the component known as (S, G); S (multicast source), G (multicast group).  Of course, state comes with a cost; in the event of state change, CPU and memory are required by the system to process the convergence. Therefore we typically we will find the more state that is held, the higher the convergence times are. 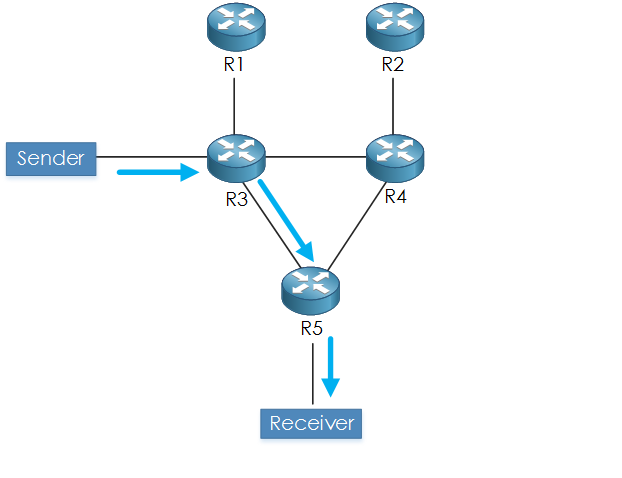 Whereas source trees that have their root at the source, shared trees use a single common root, called a Rendezvous Point (RP) as the root of the distribution tree.

In this model, other routers do not need to know the addresses of the sources for every multicast group. All they need to know is the IP address of the RP router. The RP router discovers the sources for all multicast groups. [4] This means the overhead of finding the multicast source from each router (S, G) is moved to the RP. The key benefits to shared trees is the reduction in resources required, as each router no longer needs to keep state of the multicast source. However, the downside is based on the location of the RP,  the path from the receiver to the RP, may not present the most optimal path. 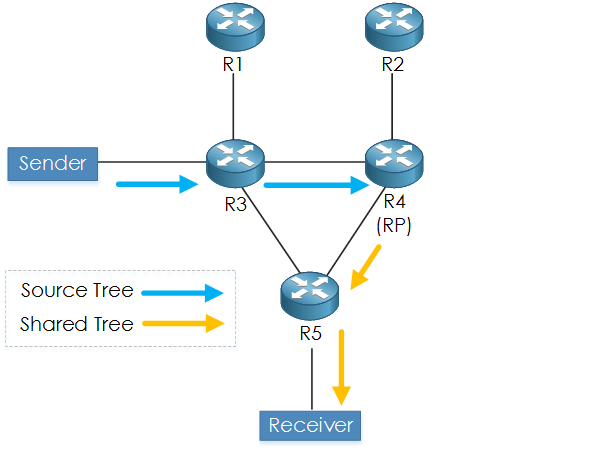 PIM Dense Mode (RFC 3973) operates by initially flooding the multicast traffic for all groups out of all enabled interfaces (Figure 3). [5] Routers that do not have any interested hosts send PIM Prune messages to remove themselves from the tree (Figure 4). Based on this “Flood and Prune” behavior, eventually, the traffic is only sent to the necessary routers that require the traffic. This, in turn, results in a source distribution tree i.e optimal network path being built back to the sender. 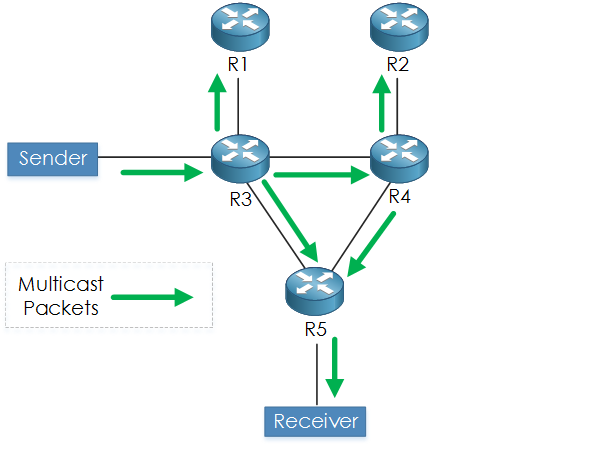 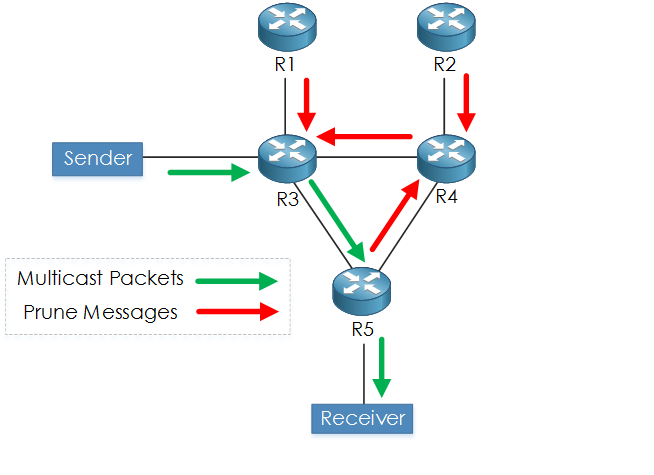 As we mentioned previously when discussing the source distribution trees, this results in each router holding state (S, G), and therefore presents overhead challenges to each of our routers. Additionally, each Prune state is subject to a timeout. After 4 minutes, the Prune state will age out (shown below), the traffic is then flooded and the pruning process is performed again.

Because of PIM-DMs "Flood and Prune" model, and the disadvantages that come with it, PIM-DM is only recommended for large-scale networks or lab-based environments.

PIM-SM works in the opposite manner to PIM-DM; with PIM sparse mode no multicast traffic is forwarded unless some requests it. PIM-SM works via the use of an RP (Rendezvous Point).

Let us look at the process that PIM-SM takes:

1. Shared Tree (RP to Receiver) - The receiver sends an IGMP Join message to the first hop router (FHR), i.e its direct neighboring router. This router will then send a PIM Join to the RP. A shared tree is then built from the receiver to RP based upon (*, G).

The source sends another multicast packet, however now there is a SPT (aka source tree) from the RP to the FHR. Therefore the packet is now sent across the distribution tree to the RP. The RP receives the packet nativity (with S, G), and in turn, sends a register-stop message back to the sources FHR to stop receiving the register messages (via unicast).

NOTE In the event of multicast sources being present. Multiple SPT distribution trees would be formed from the RP back to the FHRs.

3. Shortest Path Tree Switchover - Although having the RP join back towards the source removes the encapsulation overhead, it does not completely optimize the forwarding paths. [6] As for our receivers, the path via the RP (shared tree) still may be suboptimal. To overcome this, the process to migrate the shared tree to source tree, as known as the SPT switchover begins. 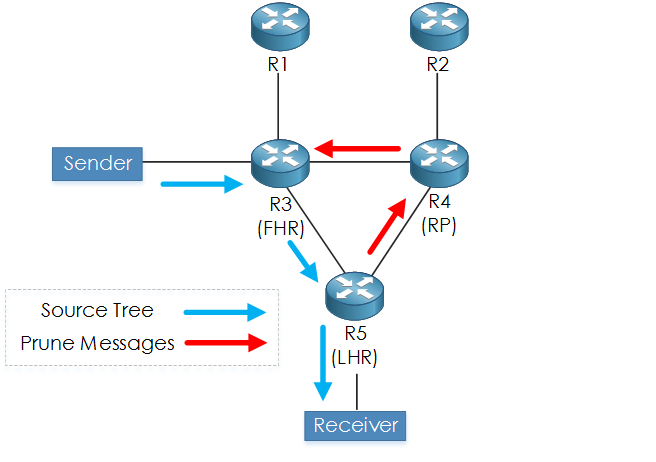