As the saying goes, "you are only as good as your tools", and this is especially true when it comes to software development and network automation.

Within this article will provide a beginners guide to 2 tools that should be in any network automators toolbox - Docker and Visual Studio Code. 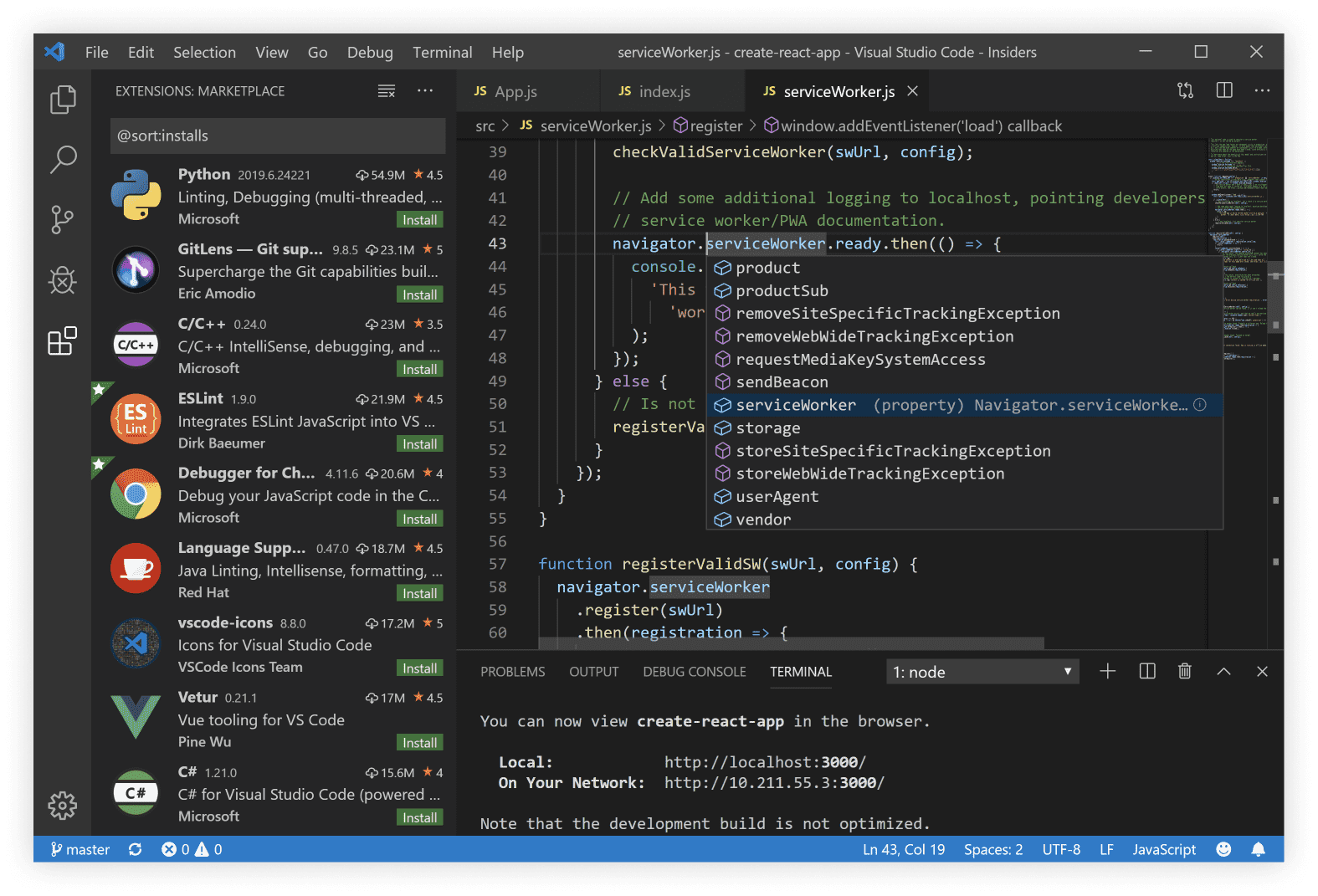 Containerised applications are becoming more popular for a number of reasons like application packaging, standardisation, lightweight portability, and ease of use for testing/development.

Unlike a VM (virtual machine), which is a virtualized instance of an OS, a container is a logically isolated slice of an operating system, i.e. unlike a VM each container shares a kernel with other containers and other system libraries. This makes containers extremely lightweight and fast to run. 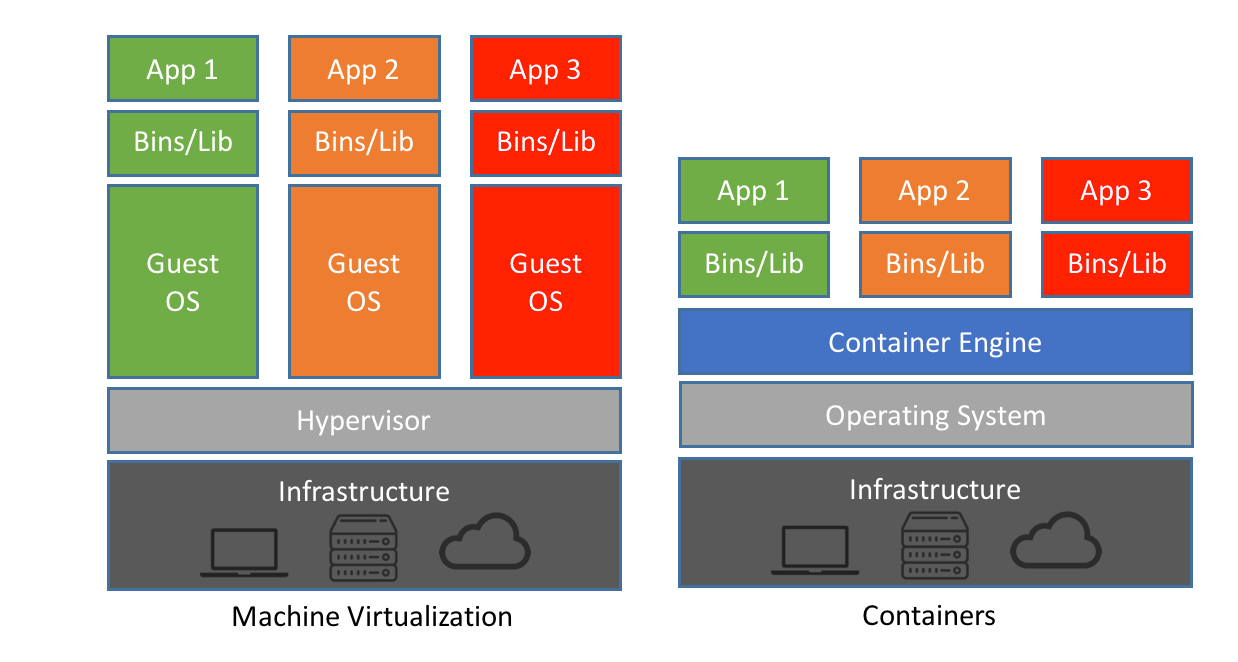 There are multiple container platforms available, however in this article we will focus on Docker due to its simplicity and popularity.

There are 2 main components that you must first understand when it comes to Docker - images and containers. Docker images can be considered as nothing more than a template and Docker containers are the running instances created from those templates.[3]

For the purpose of this tutorial I suggest the usage and installation of Docker Desktop for Mac and Windows. To follow along with the examples clone the git repository like so:

Within this repo a simple CLI python script is included that will generate some interface configuration. The other files within this repo will all become clear as we go through the various examples.

An image is built when instructions defined in a Dockerfile are executed by docker.

This file is usually located under the same directory of your project, in this case under the python-development-with-docker-and-vscode directory. For this example, I have named it Docker.standalone

Let's dissect what these instructions mean:

For more information on the available instructions take a look at Dockerfile Reference.

Care must be taken on the COPY instruction, as you may not want to add ALL the files from the python application into the container. May due to the files not being required or due to security reasons. To exclude directories and files from being copied into your container create a file .dockerignore, defining which files and directories you want to exclude.

With the Dockefile created, an image now needs to be built. For that we use the docker build command.

Make sure you are at the same level as the Dockerfile location, although you can specify its location with command-line options.

The result will be a Docker container image named intro-netautomation with the tag standalone. To verify the images and general specifications you can run:

Since this is an “interactive” container application, meaning that you need to connect to it to be able to run the CLI script, there are a couple of flags needed for the docker run command.

When executed it will start the container and present you within the bash shell. Since the python parent image is based on Debian you can run commands like pwd and ls.

Here is an example of docker run:

You can see when running the ls -al no git files or folders are present, this is thanks to the .dockerignore file. What follows next is an example run of the CLI script.

Interactive Mode is useful for one-time applications or services that provide some sort of API or callback process to interact with, but that is not always the case.

In this example, since this is a CLI application, it will be best to have the container running in detached mode, i.e in the background. This is achieved by, again, running the docker run command with the parameters shown before, but with the addition of -d for detached. You can see more about this option within the following documentation.

This will create the container named container01 in detached mode. The output generated is its complete ID. You can see the container running and its general parameters with docker container ls:

Docker exec. allows you to run a command in a running container. For example,

docker exec -it container01 /bin/bash, this instructs Docker to run (within interactive mode) the command /bin/bash on container01.

This gives you the ability to have a running container and test it. With an editor like Visual Studio Code you can connect to the container and perform development tasks on it!. More on this later.

With this approach you can treat the container in a VM like manner. You can stop it and start it when you need it. This is done with the docker stop and docker start commands.

Is important to know that files added or modified inside the container are NOT GOING TO BE DESTROYED, you can test by adding a file on the container directory /app, stopping the container, and then starting it again. When you check the directory you will see the file still remains.

This makes the container a great lightweight jump server/bastion portable solution when using it with the likes of network simulation tools like GNS3 or EVE-NG.

You can find in this repository some dockerfiles with instructions to build a network-tool centric workstation : GitHub - davidban77/netautomator: Docker specs for a network automation focused workstation.

The last feature/command I want to talk about in this tutorial is the docker commit command. It creates a new image from a container’s changes.

For example, let's say I already added a “test” file under the /app directory on container01 and want to create a new image named test.

The new image is tagged intro-netautomation:test.

Let us create a new container from this image and check the contents of the /app directory.

You can see the test file present at the end.

In the next part of this series we will dive into the integration of Docker with VS Code. See you there...