Now that we have reviewed the components and tools that we will use within our pipelines, let's turn our attention to each of the pipelines, the configuration, and also a walkthrough.

We will configure 3 pipelines - Integration, Delivery and Deployment. Let’s recap on the role each pipeline will perform: 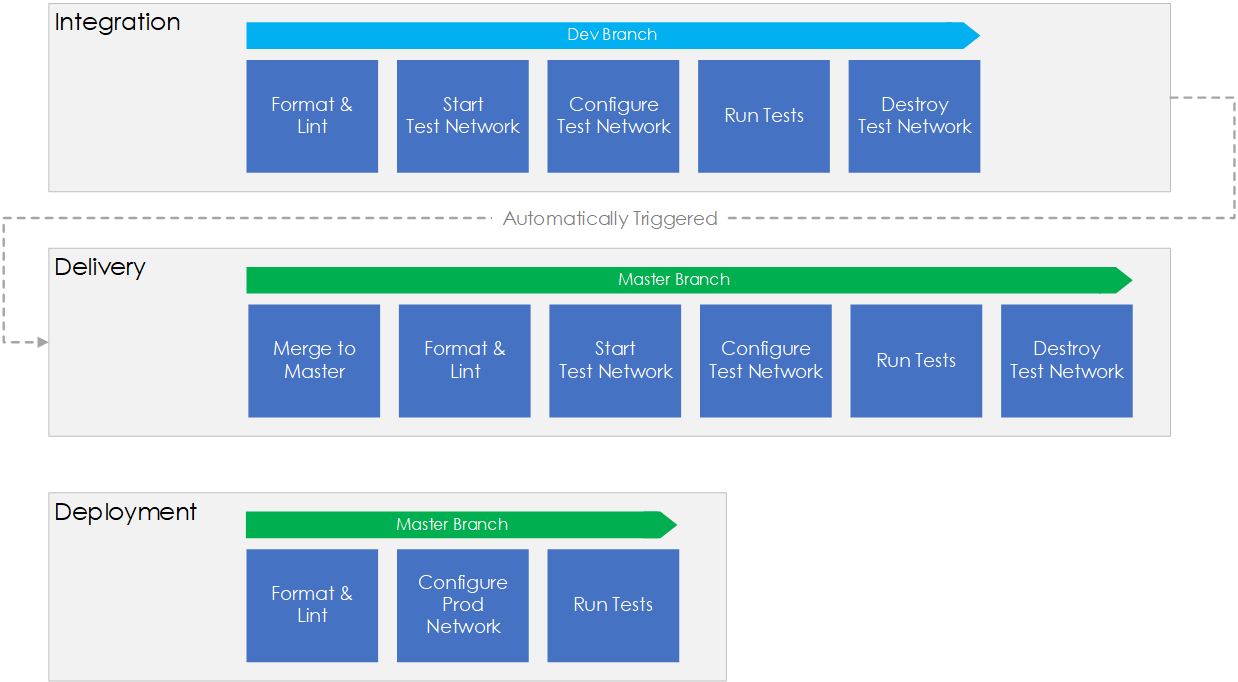 Let’s run through the steps:

Note: In the real world you would expect to find more tests within the delivery phase , such as the inclusion of integration tests.

We now have our new configuration validated, checked and deployed to production.

Now let's turn our attention to the steps required to build the CI/CD pipelines.

Note: In addition you will need to grant the jenkins user sudo access.

You will now be able to connect to your Jenkins instance via http://<host_ip>:8080.

Install the Slack Notification plugin via the Jenkins plugin manager. Full instructions can be found at https://github.com/jenkinsci/slack-plugin.

Each pipeline is configured via New Item > Freestyle Project.

Now there are quite a few configuration steps. Therefore, to make things easier I have included screenshots of each of the configured jobs in Jenkins (shown below):

Note: The github code repo for this tutorial also provides the project/job XML files. This allows you to import the Jenkins jobs rather than having to manually configure.

Now that we have built the Jenkins pipelines let's perform a walkthrough of how the overall workflow would look using the configured CI/CD pipelines.

First, there is the development stage. Here we will develop our network change locally. Typically this stage will involve taking the code base, and creating a new branch. Once done, the change would be made to a small dev network, for example a single device (created via Docker or Vagrant), and some simple tests run.

Note: This stage sits outside of our CI/CD pipelines.

At this point the change would be made to the dev network and some tests run. For the scope of this article we will presume that this all passed.

At this point, Jenkins will see the change and execute the Integration Job.

The progress can be viewed via the builds console output (shown below). 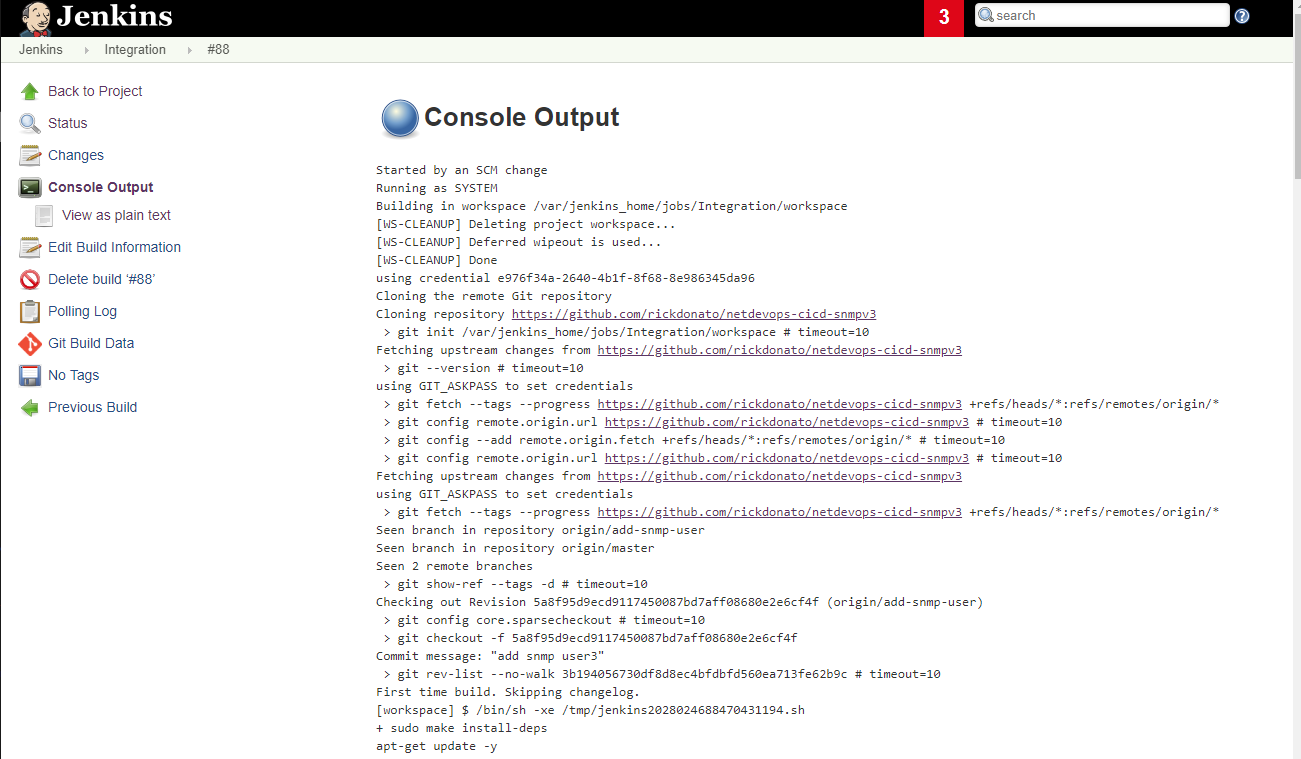 During the progress of this build (aka the Integration pipeline), over on VIRL we can see that the test network has been deployed. 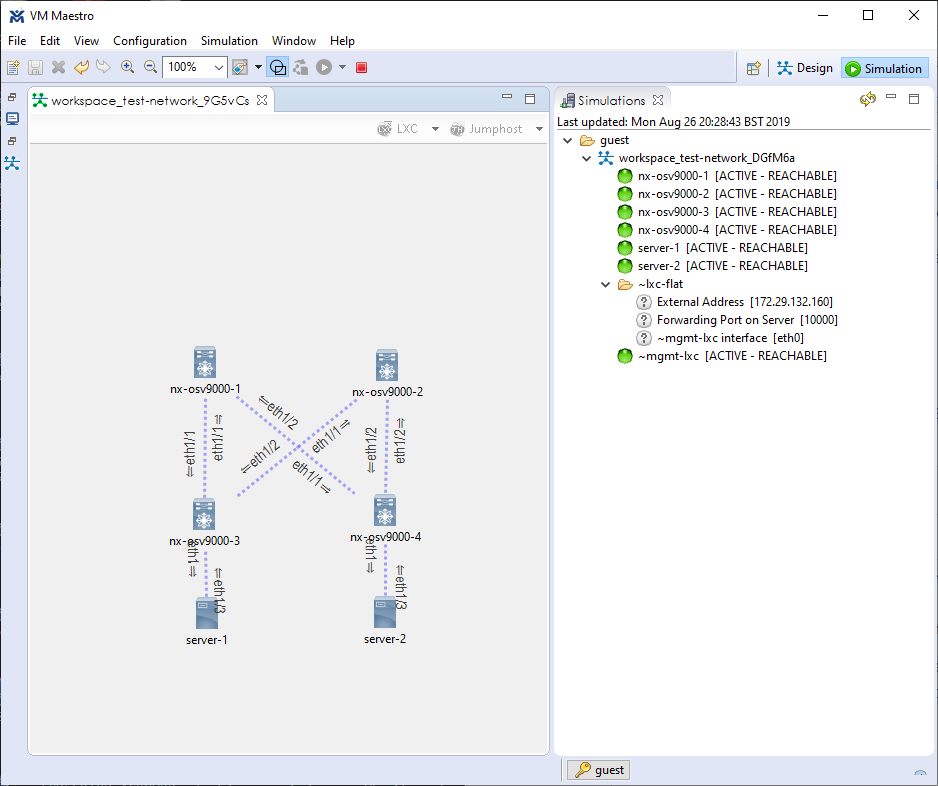 Once the Integration pipeline is complete Delivery is performed. Once complete we see the Slack notification, shown below, notifying us that our network configuration is ready to be deployed to production. 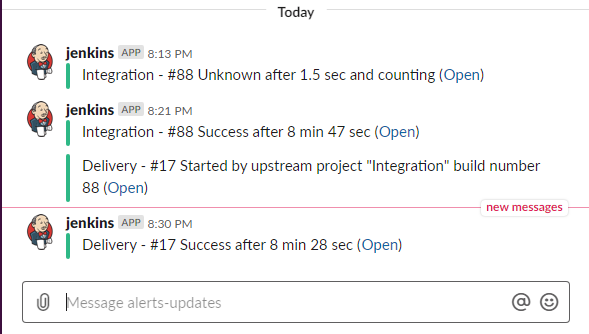 We can now start the Deployment pipeline by selecting Build Now from within the Jenkin Deployment job. Like so,

Note: For our example we also use VIRL to run a fake prod environment.

Once deployment is complete, we again see a success notification via Slack , and also the new release within Github, as shown below:

That concludes this tutorial on NetDevOps CI/CD with Ansible, Github, Jenkins and Cisco VIRL. I hope you have both enjoyed and found it useful.

If you have any comments or feedback I would love to hear from you. Also if you need help with any of the points described within this series feel free to contact me via the comments below.

The code for this tutorial can be located at https://github.com/rickdonato/netdevops-cicd-snmpv3