Computer systems typically consist of one or more networking devices, i.e eth0, eth1 etc. These network devices are associated with a physical network adapter, which is responsible for placing the packets onto the wire. 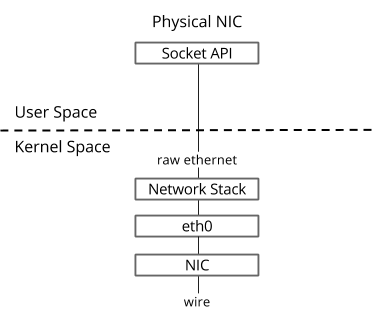 There are 2 driver modes for TUN/TAP, yep you guessed it - TUN and TAP. 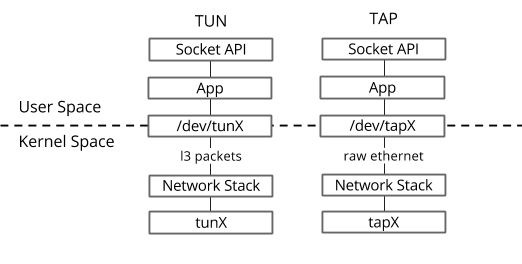 Veth devices are built as pairs of connected virtual ethernet interfaces[2] and can be thought of as a virtual patch cable. What goes in one end will come out the other.

One common use case you will see for veth pairs is within OpenStack Neutron. Where veth pairs are used to connect multiple Linux bridges together, something that you cannot currently do with TAP based devices. 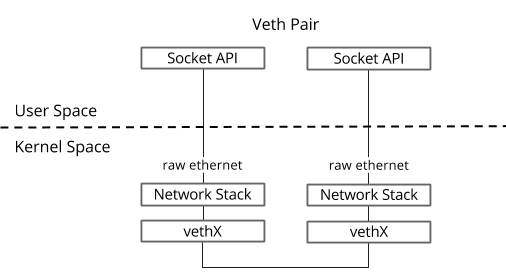 And finally, we provide a side-by-side comparison of the previously described network devices below.