Within this post, we will show you how to build a virtualized NSX SDN lab.

Our lab will be loosely based around the VMware NFV 2.0.1 Reference Architecture.
For those of you who haven't worked with the VMware NFV reference architecture, it consists of a set of validated VMware software components and high-level design reference.

The lab will be built based on the following steps: 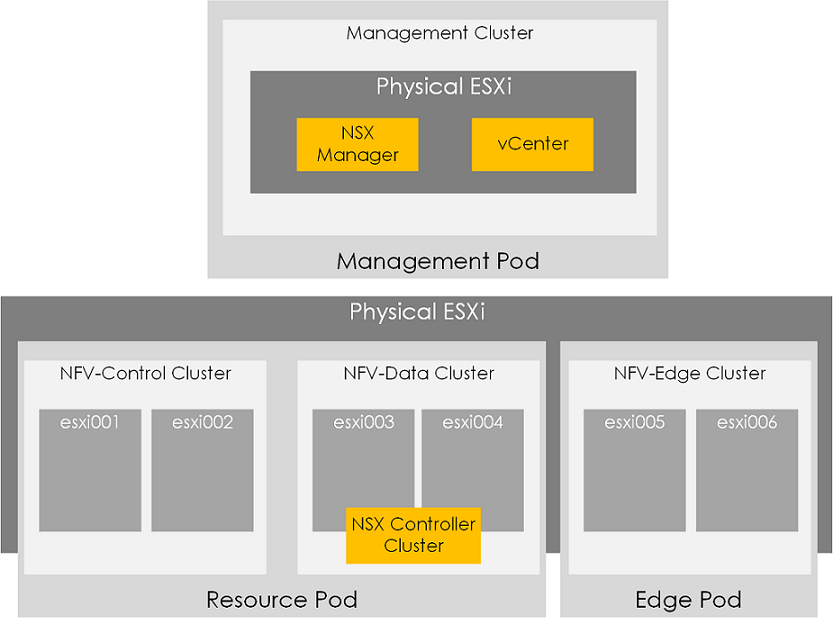 Our lab will be based on the following components.

First of all, we will build the vSphere infra. This involves installing the ESXi hosts, creating the required clusters and building our vDS's.

Before we begin the following requirements much be performed.

Furthermore, the following services must be available:

From within vCenter create the following clusters, 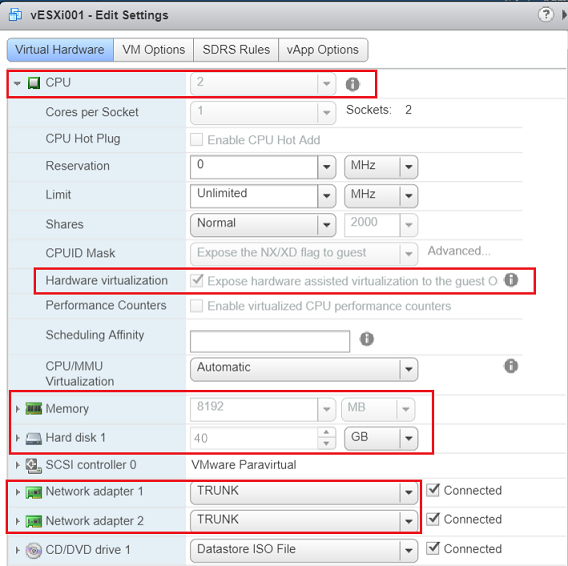 Once you've created them, install ESXi6.5 on each. Once installed:

Next, import each of the hosts into vCenter. Resulting in the following vSphere topology: 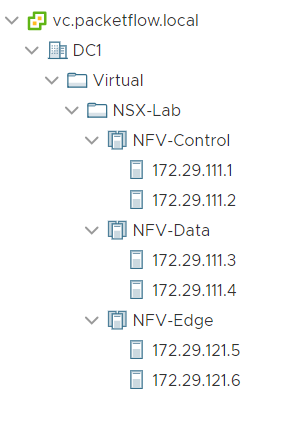 Now, at this point, each ESXi host VM will be only using a single VMNIC and the virtual standard switch (vSS). Therefore our next action will be to migrate the ESXi over to a vDS and to use both VMNIC uplinks. To do this, within the network section of vCenter go to Add and Manage Hosts. This will start a wizard where you can attach your hosts, assign uplinks and configure the required VLANs (shown below).

Now that we have the vSphere infra up and running, we can look to start the NSX installation, covered within part 2 of this 4 part series.