... Here we are, at the final part of our series on how to install a virtual NSX lab.
With our vSphere infra, NSX Manager, and NSX Control Cluster installed, we can now move to the NSX dataplane.

The process for data plane installation is based upon the NSX Manager deploying VXLAN VIBs to each of the ESXi hosts. This results in a VXLAN VTEP (a VMKernel interface) being installed onto each host.

The IP/VLANs that will be used are: 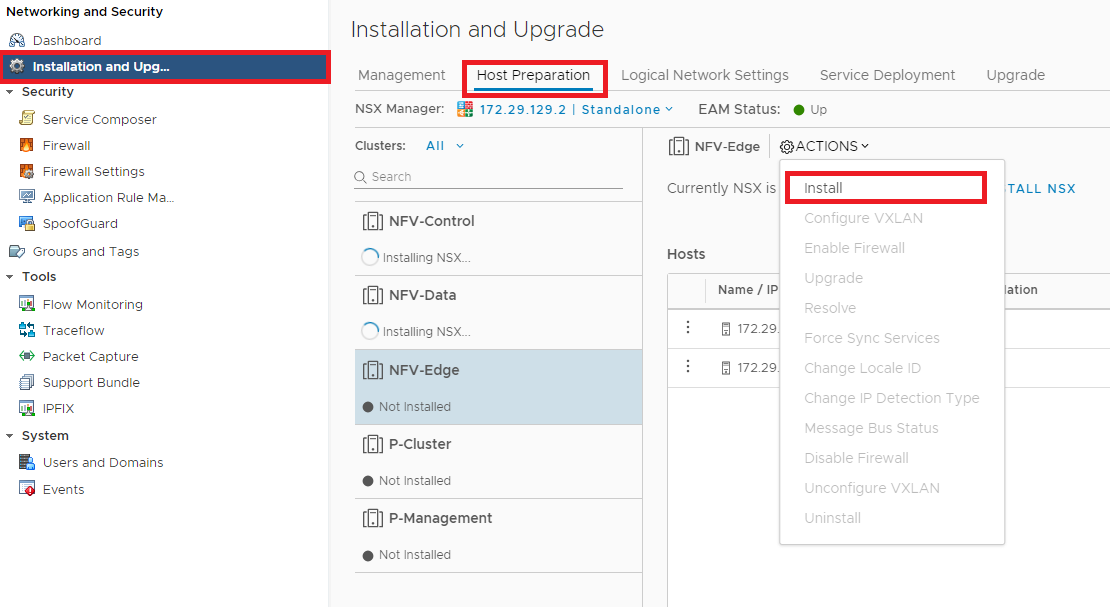 Once VXLAN is installed we can verify that the VTEP is present via the following command:

From the output above we can see that 2 VTEPs are shown. This is expected due to there being 2 physical uplinks from each ESXi host.

Now that the management, control, and data plane is installed we can run a final verification.

Our final verification will test connectivity between clusters using a logical switch (aka VXLAN tunnel).

Note: In essence, based on the NFV 3 pod design VMs would only be deployed within the resource pod and not upon the Edge pod. But for sake of testing an L2 network using our overlay (VXLAN) across an underlay spanning different L3 networks, this placement is fine. 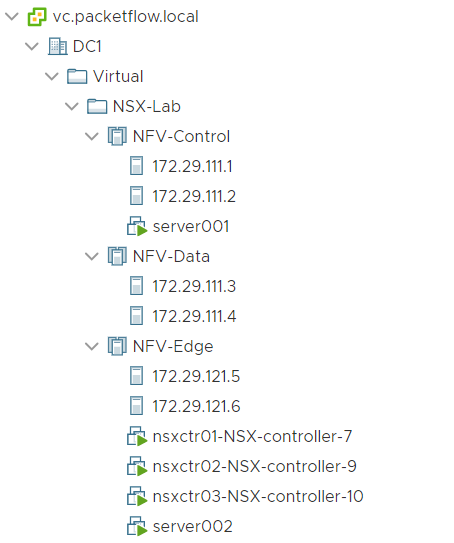 The Segment IDs are defined, aka VNIs are configured. Like so,

The Transport Zone defines which clusters the logical switch will span. Below shows the steps: 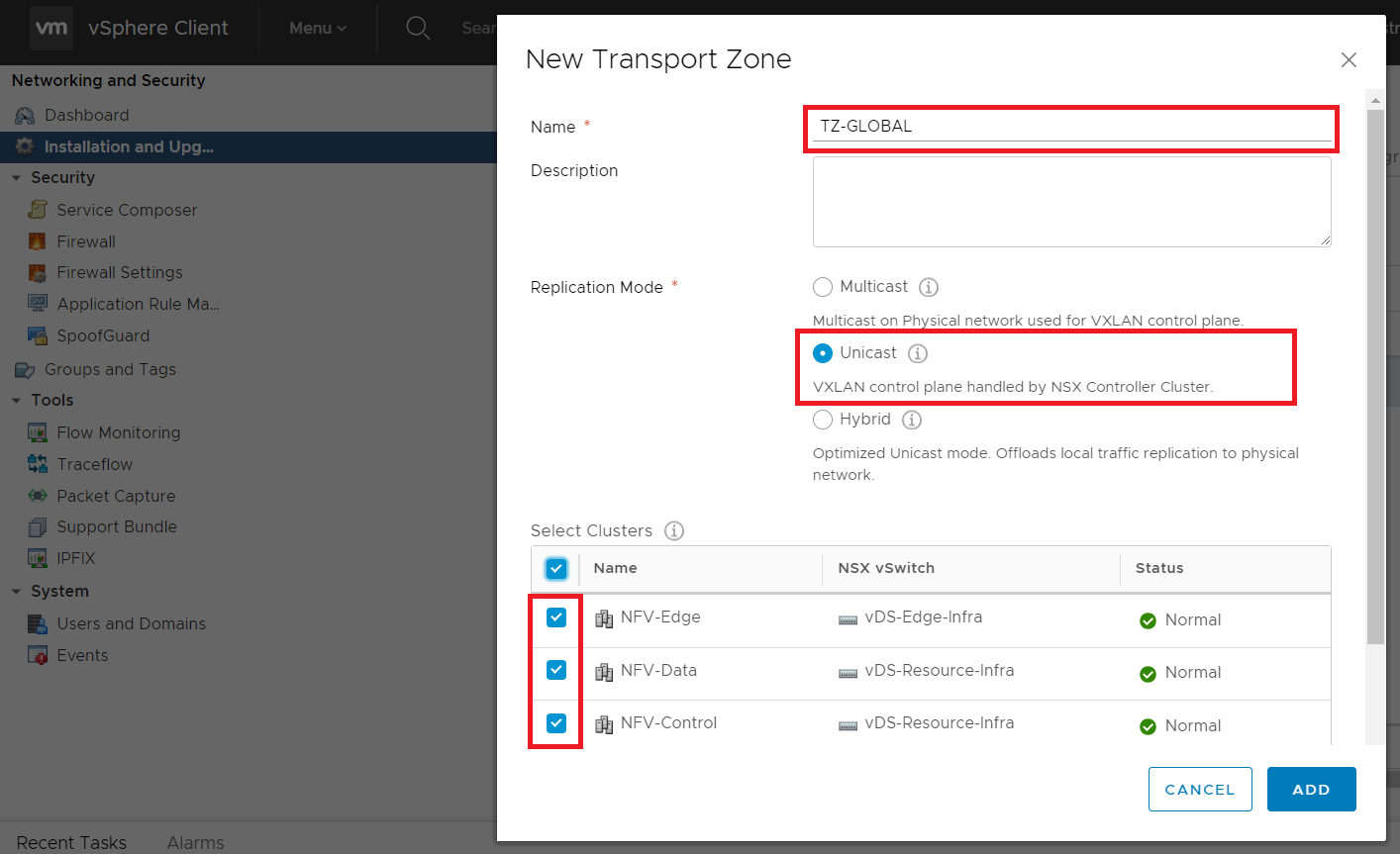 Next the logical switch is created (shown below), with,

Note: The Enable IP Discovery option aids with reducing ARP broadcasts. By the NSX discovering the IPs/MAC address mappings from each host. At the point, the VTEP sees an ARP broadcast it intercepts, queries the NSX controller, and then responds to the ARP request locally. 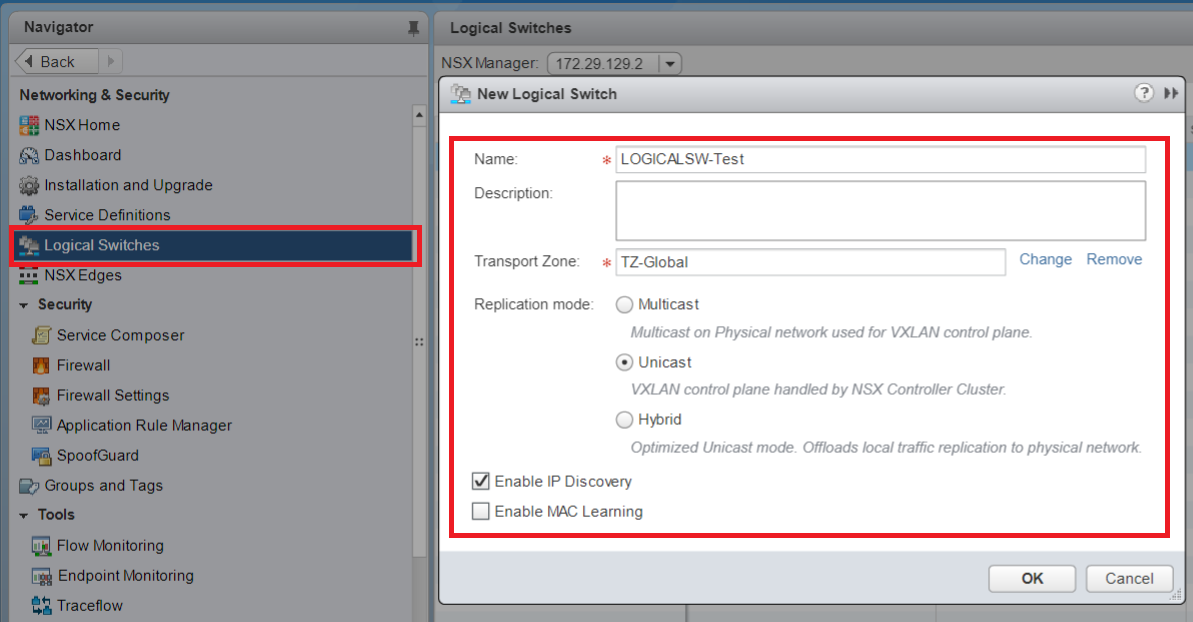 Go into each VM, and assign the Network Adapter to the previously created logical switch. 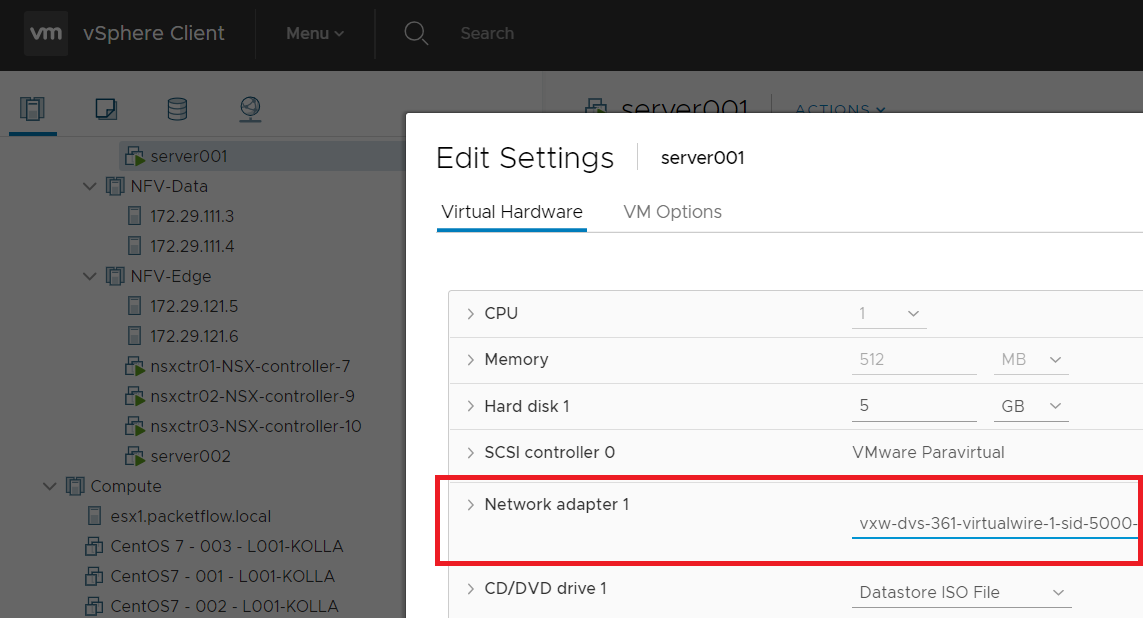 Go into each VM and configure eth0 with IPs in the same network. I.e

With all the steps now done, we can now issue a ping on each VM, and connectivity should be seen. If your pings are successful - good work
- you now have traffic running across your logical switch aka your VXLAN overlay.

That concludes are series around installing a virtual NSX lab and we hope you have enjoyed the series.