What is the Open Compute Project (OCP)?

Let us look at the two main projects within OCP centred around networking - The Open Compute Network Project and the Open Network Install Environment (ONIE).

One of the projects within the Open Compute Network Project, initiated by Facebook is a new top-of-rack network switch, code-named "Wedge". As per https://code.fb.com, Facebook states,

Unlike with traditional closed-hardware switches, with "Wedge" anyone can modify or replace any of the components in our design to better meet their needs. For example, you could use an ARM-based microserver rather than the Intel-based microserver we've selected. Or you could take the electronics and repackage them in a new enclosure, perhaps to solve a different set of problems outside the rack. We're excited to see where the community will take this design in the future." 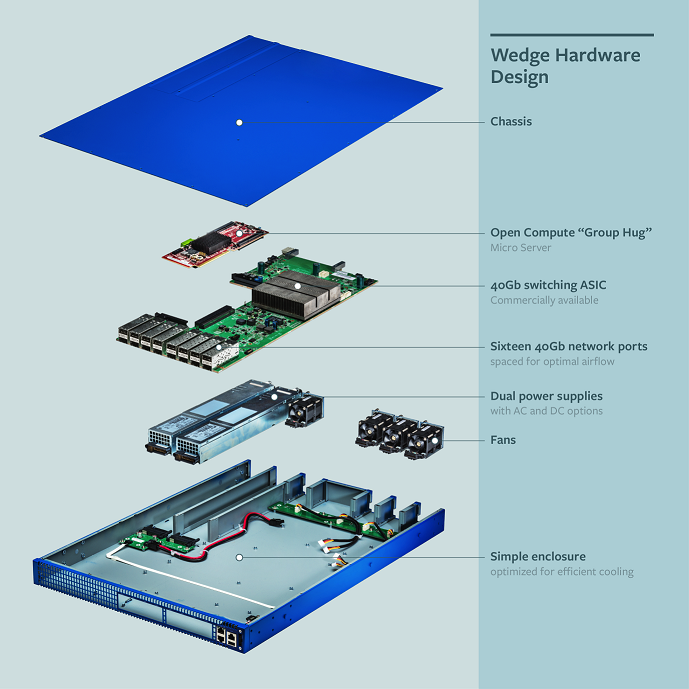 The workflow of a NOS ONIE install is pretty simple. The low-level bootloader of the switch initializes the hardware and finally ONIE, (i.e., a Linux kernel with BusyBox on top). ONIE configures the management interface, loads the NOS installer, and executes it. ONIE can use various methods and configuration options for finding and loading the installation program.[4] The NOS installer can be located directly in ONIE, via DHCP, or PXE and the binary transfer of the NOS can be performed via TFTP or HTTP, or alternatively loaded via a locally attached USB disk. 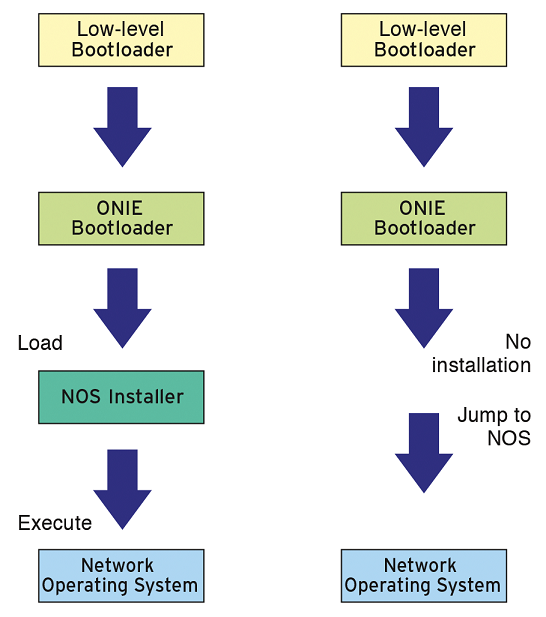